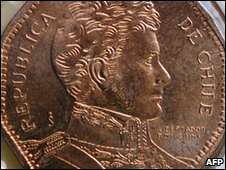 The coins have since become collectors’ items and the mint says it has no plans to take them out of circulation.