Taste with Your Ears – Cook’s Science 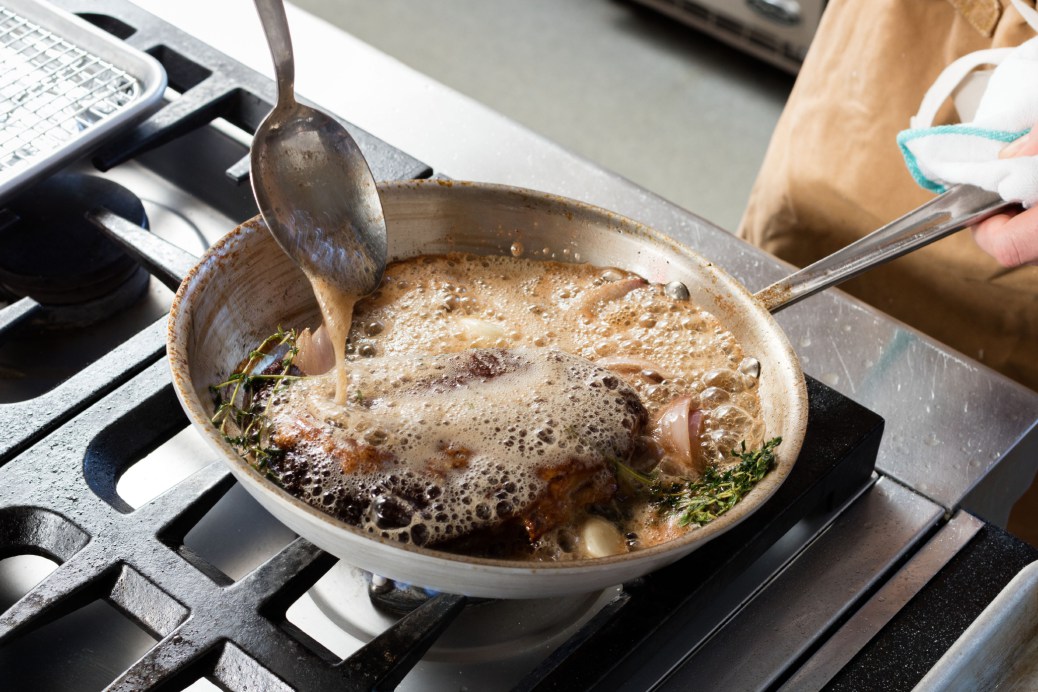 Kathy Gunst, a radio journalist and the resident chef at NPR’s Here and Now, interviewed chef Jacques Pépin for the first time on the radio about ten years ago. She wanted to hear about what he had learned from his many decades in the kitchen. What he said surprised her. Because what he described did not have to do with flavor combinations or ingredient sourcing. It had to do with sound.Pépin told her he could walk into a kitchen where a young cook was searing a steak and immediately tell if the steak was going to be overcooked. Not by looking. Just by the quality of the sound.