Boys Will be Boys! 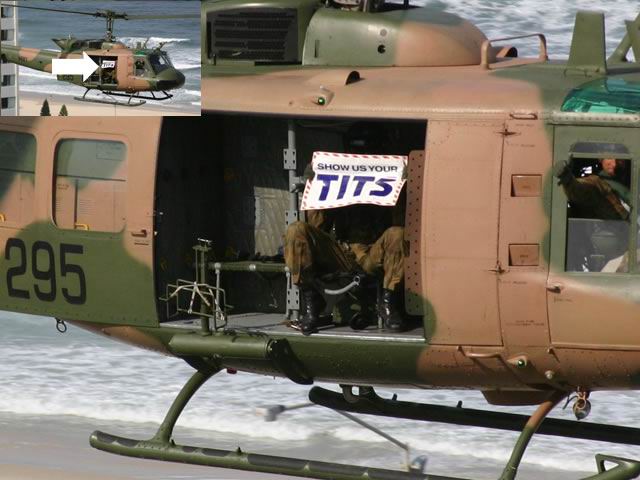 Boys Will be Boys!
The flight crew of an Australian Army helicopter has been relieved of duty pending an investigation of its actions. During the Indy 300 auto race on the Gold Coast, the chopper was supposed to be on anti-terrorist patrol, but instead was hovering near apartment balconies with a crewman hanging out the door holding a sign reading, “Show Us Your Tits”, which was apparently targeted to bikini-clad women on balconies watching the race. The stunt came to light when an onlooker took a photo of the Iroquois gunship and posted it on the Internet. (Brisbane Courier-Mail) …Meanwhile, everyone else was taking photos in the other direction.